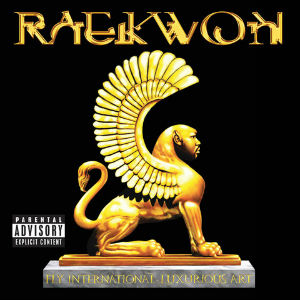 There are certain rappers whose legacy is debatable… Raekwon The Chef is not one of them.  Rae’s spot in the hip hop mural has been etched in stone since 36 Chambers and his unforgettable verse on “C.R.E.A.M.”  After the buzz of Wu-Tang’s debut album, Rza stuck Rae 3rd in the line-up behind Method Man’s “Tical” and Gza’s “Liquid Swords.”  In 1995, when it was Raekwon’s turn to release his debut solo album, he unleashed arguably the best Wu-Tang solo album to date (in my opinion), “Only Built 4 Cuban Linx.”  That shit right there is in the exclusive, penthouse, luxury suite of classic albums.  Rae’s been trying to capture that critical acclaim and commercial success ever since.  “Fly International Luxurious Art” is Raekwon’s latest offering.